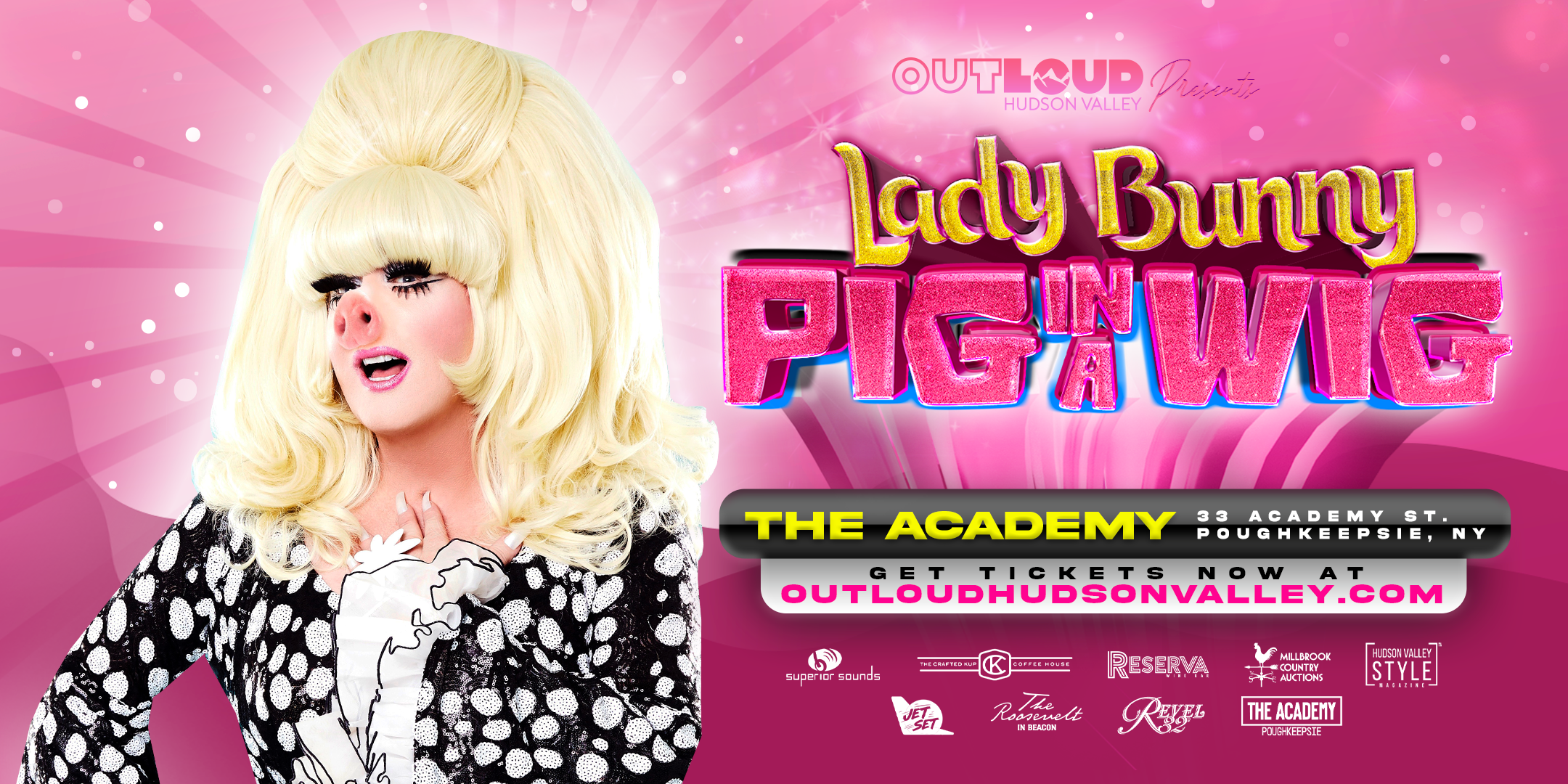 America’s favorite sow in a smock promises a night of corn-fed comedy, filthy music and plenty of wallowing in the mud. The show will feature Broadway parodies, Bunny’s

America’s favorite sow in a smock promises a night of corn-fed comedy, filthy music and plenty of wallowing in the mud. The show will feature Broadway parodies, Bunny’s salute to Laugh-In, some brand new material and some so old that only the dead will recall it. The New York Times best described an evening with the demented drag doyenne as, “authentically scary, sewer-mouthed, gutter-glam fierceness… (Lady Bunny) made me weep with laughter, often while groaning with disgust. And isn’t that what the best low comedy is all about?”

With her glitzy outfits, sky-high wigs and false eyelashes long enough to embarrass Tammy Faye Baker, multi-talented drag artist LADY BUNNY would turn heads even if looking glamorous was her only talent. But “she” isn’t just another man in a dress: Bunny is a successful comedienne, DJ, actress, singer/songwriter and most famously, the emcee and creator of Wigstock, the outrageous drag festival of drag and music which electrified New Yorkers every Labor Day for over 20 years.

This show is also racking up some notable celebrity reviews!

‘I keep a photo of her on my refrigerator.’ — Adele

‘She knocked me out!’ — Bill Cosby

‘This will K*ll her career.’ — Kathy Griffin

This show is for mature audiences only. All guests must be over the age of 21.

The production will be immediately followed by a dance party on the lower level of The Academy with Out Loud’s very own DJ Jimmy Prada spinning the best in house music with some of your favorite hits!

This event is proudly produced by Out Loud Hudson Valley with support from our community partners:

The Roosevelt Bar in Beacon

Keepsake at The Academy